Quietly and steadfastly, The Champlin Foundation helps those who do good do more.

It all started with Stanton B. Champlin. Champlin was only twelve years old when he ran away from his family farm in South Kingstown, RI. It was 1838 and he was shoeless and alone. A grocer on Dorrance Street in Providence took pity on the boy and let him sleep in the back room of his store.

That simple act of kindness started a journey that would span generations and create a legacy of generosity that would improve the lives of untold thousands.

The boy would become a jeweler’s apprentice and years later would establish the S.B. Champlin Company. It would grow beyond jewelry and become an industrial empire that expanded into the manufacturing of aluminum, copper and brass tube, jewelry wire, valves, hand trucks, pipe fittings, and hand pumps. 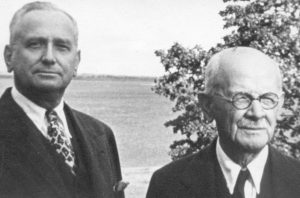 Through the leadership of Champlin, his son, George Byron Champlin, and grandson, George Stanton Champlin, this vast conglomerate became a powerful economic engine that employed thousands and helped drive the economy of Rhode Island and the nation.

While the businesses were retired, the wealth has remained intact in service of Rhode Island, thanks to the creation of the first of the family’s philanthropic foundations in 1932 by the runaway’s grandchildren.

From the first gift of $50 to Rhode Island Hospital in 1933 to buy eyeglasses for the needy, to the preservation of thousands of acres of open space to the distribution of millions of dollars to support social services—it is humbling to think of how that simple act of kindness by a grocer has been multiplied a million-fold.

We continue to build on this rich tradition today, seeking to work in relationship with Rhode Island’s nonprofits, acting as a convener, a coach, and a facilitator for collective success and engagement. We prioritize listening and learning, especially with those organizations serving marginalized communities. The Champlin story is nearly a century old, yet it continues to evolve in new ways for the betterment of all our Rhode Island communities.

Members of the Distribution Committee

When he established the Foundation, George S. Champlin recognized the importance of enlisting the perspective and experience of the community when determining grants. He developed a blueprint to form a committee that would ensure the continued work of the foundation in perpetuity. Today, The Champlin Foundation Distribution Committee meets throughout the year and works closely with the Executive Staff in its evaluation process. As directed by the founding trust documents, the Committee is made up of eleven members—five appointed by the Committee, three appointed by the Trustee, and one each by the Chief Justice of the Rhode Island Supreme Court, the Chief Judge of the United States Federal Court, District of Rhode Island, and the President of Brown University.

The Trustee of The Champlin Foundation is the PNC Delaware Trust Company. As the Trustee, it brings an extensive array of professional advisors to address all aspects of the management and administration of the foundation, in compliance with the terms of the governing document and the wishes of the Champlin family. An affiliated entity, Hawthorn, PNC Family Wealth serves as the Investment Advisor to the Foundation.

Members of the Executive Staff 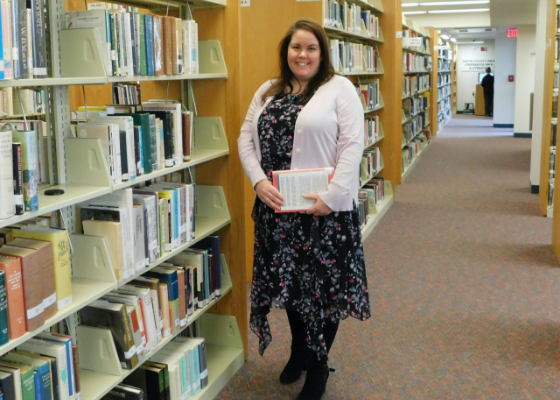 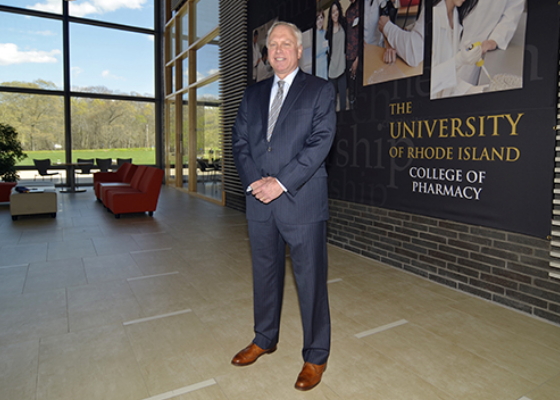 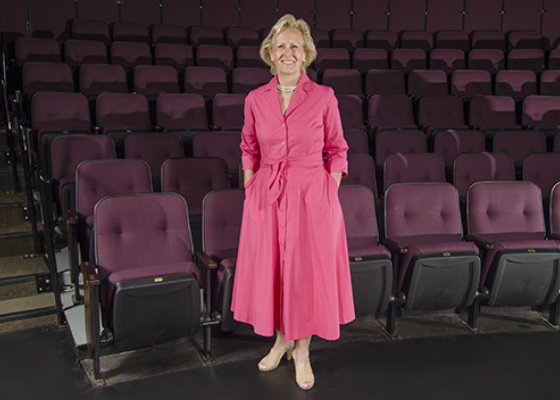 Reading The Champlin Foundation’s annual reports provides details on the funding within each area of focus on an annual basis, and the Foundation’s work to enable hundreds of nonprofit organizations in Rhode Island advance their mission and serve the public.

Photographed at Crossroads Rhode Island. The Champlin Foundation has long supported the work of Crossroads, providing over $1.5M in grant funding for building renovations, equipment, and vehicles since 1977.

Laurie Devlin joined The Champlin Foundation as the Finance & Operations Manager in August of 2021, after 25 years of nonprofit service. For 19 years, Laurie was the Chief Financial Officer at Crossroads Rhode Island, the leading provider of housing and services to those experiencing homelessness in Rhode Island, which led to her receiving the 2015 Providence Business News CFO of the Year Award for a Social Service Agency. She is a member of the American Institute of Certified Public Accountants (AICPA), and earned her B.S. in accounting and B.A. in English at Rhode Island College. At The Champlin Foundation, Laurie plays a dual role as the comptroller/finance manager and a key contributor to the grantmaking due diligence process. In addition to her role at The Champlin Foundation, Laurie also serves as the treasurer for The WARM Center, another social service agency providing shelter and housing services to the homeless.

John joined The Champlin Foundation in May of 2021, after a combined decade of advancement experience at Brown University and Johnson & Wales University. John serves as the first point of contact for visitors and applicants to the foundation, provides administrative support to the foundation’s Executive Staff and Distribution Committee, and assists in application processing, coordination of meetings and trainings, as well as supporting communications and financial management. A lifelong Rhode Islander with degrees from Rhode Island College and the University of Rhode Island, John is deeply involved in arts and culture programming throughout the state.

Photographed at the North Kingstown Free Library. The Champlin Foundation has provided over $1.3 million in grants to the North Kingstown Free Library since 1981, including an award distributed in 2019 to support major interior renovations. Support of Rhode Island’s libraries has been a mainstay of The Champlin Foundation’s grantmaking almost from its creation in 1932. Every library in the state, whether municipal or independent, has received capital support at one time or another.

Heather joined The Champlin Foundation team in March of 2019, bringing with her over 10-years of experience in the nonprofit and social service sectors. As the Foundation’s first Grants & Systems Manager, Heather is responsible for building and managing Champlin’s online grant application system. In addition to maintaining the database and producing reports that help foster effective and efficient operations, Heather is also the point of contact for all training surrounding the application process. Most recently Heather served as Prospect Manager within the Major Gifts department of Johnson & Wales University.

Heather is the primary point of contact for Animal Welfare, Historic Preservation, Houses of Worship, and Social Services

Tim began at The Champlin Foundation in 2000 after practicing law for twelve years. During his long tenure with the foundation, Tim has been directly involved in awarding over $343,000,000 in grants to support hundreds of nonprofit organizations across Rhode Island. As Director of Grant Administration, Tim manages the review and evaluation of all grant applications in support of the foundation’s Distribution Committee. He is a graduate of Clark University, Case Western Reserve University School of Law, and Leadership Rhode Island. A thirty-year member of the Rhode Island Bar Association, Tim is also a Fellow of the Rhode Island Bar Foundation. He is also a member of the Board of Directors of the Tanner Foundation.

Tim is the primary point of contact for Education, Healthcare, Libraries, and Youth Services

Nina was named the third Executive Director of The Champlin Foundation in the spring of 2018. She came to the foundation after more than 25 years as a nationally recognized philanthropic leader working within the nonprofit, government, and business sectors. As President of the Council of New Jersey Grantmakers, Nina initiated a number of leadership initiatives to advance best practice in foundation giving, communicate the impact of philanthropy, and build effective relationships with state and federal policymakers. She is currently a trustee of the Robert S. Needham Foundation, and previously served as Chair of the United Philanthropy Forum and as a trustee of the Council on Foundations. Nina has a long-time connection to Rhode Island having spent many summers in her youth living and working on Block Island, going on to lead the island’s Tourism Council in the late 1990s. She fell in love with Rhode Island as a child and that deep connection has continued ever since.